How is it possible that God says I am profaned among them when we claim to love God and serve him with all our hearts, minds, soul and strength?  Maybe this was just for the time of Ezekiel that those people over there were doing it surely not us, right?  They profaned our precious father, not us.

We Sound like our own children, passing the blame onto others when there might be some truth to the accusation.  How is the LORD (YHVH) profaned according to what Ezekiel wrote?  Let’s take a closer look at scripture to see if we are justified or condemned.

Contents hide
1 What does it mean to be profaned?
1.1 Old Testament
1.2 New Testament
2 Examples from scripture
3 Do the church leaders today profane the LORD (YHVH)?
4 What must we do to regain favor?

What does it mean to be profaned?

The word ‘Profane’ is found in both the Old Testament and the New Testament:

Meaning: permitted to be trodden, by impl. unhallowed

Origin: from belos (a threshold)

Here are a few examples from scripture showing those who are profaning YHVH (God) and some of the statements made by Him regarding their actions.

Now the sons of Eli were worthless men; they did not know the LORD and the custom of the priests with the people. When any man was offering a sacrifice, the priest’s servant would come while the meat was boiling, with a three-pronged fork in his hand. Then he would thrust it into the pan, or kettle, or caldron, or pot; all that the fork brought up the priest would take for himself. Thus they did in Shiloh to all the Israelites who came there. Also, before they burned the fat, the priest’s servant would come and say to the man who was sacrificing, “Give the priest meat for roasting, as he will not take boiled meat from you, only raw.” And if the man said to him, “They must surely burn the fat first, and then take as much as you desire,” then he would say, “No, but you shall give it to me now; and if not, I will take it by force.” Thus the sin of the young men was very great before the LORD, for the men despised the offering of the LORD. (1Sa 2:12-17 NAS)

We all have read the story of Eli’s two wicked sons, but this give the details of what they were doing to profane the most high God through their utter disobedience.

“You have despised My holy things and profaned My sabbaths. (Eze 22:8 NAS)

Here in Ezekiel we read of another way that the LORD (YHVH) can be profaned.  Through the Fathers sabbaths they did profane the Father as well as despising His holy things.  Changing the commands is not the best way to get on the Fathers good side as has the Roman Catholic church when she changed the sabbath from Saturday to Sunday.

“Moreover, they shall teach My people the difference between the holy and the profane, and cause them to discern between the unclean and the clean. And in a dispute they shall take their stand to judge; they shall judge it according to My ordinances. They shall also keep My laws and My statutes in all My appointed feasts, and sanctify My sabbaths. (Eze 44:23-24 NAS)

“Thus says the LORD of hosts, ‘Ask now the priests for a ruling: ‘If a man carries holy meat in the fold of his garment, and touches bread with this fold, or cooked food, wine, oil, or any other food, will it become holy?'” And the priests answered and said, “No.” Then Haggai said, “If one who is unclean from a corpse touches any of these, will the latter become unclean?” And the priests answered and said, “It will become unclean.” Then Haggai answered and said, “‘So is this people. And so is this nation before Me,’ declares the LORD, ‘and so is every work of their hands; and what they offer there is unclean. (Hag 2:11-14 NAS)

Here in Haggai we see the church leaders being question about how things can become unclean by even touching the unclean.  Not obeying this is to profane the father.  Haggai then continues on saying that the nation is unclean by association.

But we know that the Law is good, if one uses it lawfully, realizing the fact that law is not made for a righteous man, but for those who are lawless and rebellious, for the ungodly and sinners, for the unholy and profane, for those who kill their fathers or mothers, for murderers and immoral men and homosexuals and kidnappers and liars and perjurers, and whatever else is contrary to sound teaching, according to the glorious gospel of the blessed God, with which I have been entrusted. (1Ti 1:8-11 NAS)

Here in 1Timothy we see Paul writing to Timothy with the understanding that Timothy knows the law is good and it is used to define the long list of law breakers and those who profane it.

Do the church leaders today profane the LORD (YHVH)?

It would seem that based upon scripture examples from above that today’s church leaders are no different from those from biblical times.  We are taught a profaned version of the Bible by leaders that have been taught a profaned version.  No longer are we taught the difference from the clean and unclean thing.  Test it for yourself, next time you go to service ask others to tell you the clean things and the unclean things.

Today’s church is embarrassing things the bible calls abominations daily.  We call it love, but God wants obedience and does the Messiah Jesus (Yeshua).  We know in John chapter 14, verse 15 we are told ‘if you love me, you will keep My commandments.”  You cannot pretend obedience, putting on a false face for show to the public you preach to.

“Those who hate the LORD would pretend obedience to Him; And their time of punishment would be forever. (Psa 81:15 NAS)

What must we do to regain favor?

This is very simple and it is the message that Jesus (Yeshua) brought as the good news of the true gospel message.  This message was upon the lips of Jeremiah and Ezekiel but fell upon ears that would not hear.  Yeshua (Jesus) came with the exact same message and was killed for it.  So what must we do today?  Listen to Jeremiah, Ezekiel and Yeshua…

“For I have no pleasure in the death of anyone who dies,” declares the Lord God. “Therefore, repent and live.” (Eze 18:32 NAS)

From that time Jesus began to preach and say, “Repent, for the kingdom of heaven is at hand.” (Mat 4:17 NAS)

Please take the time to share your thoughts and advice in the comments field below.  Thank you. 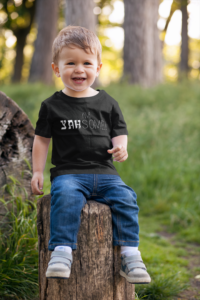